Halloween of the past! 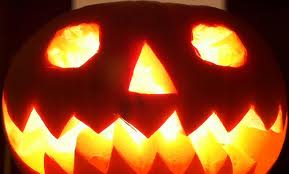 I believe the older I get the more melancholy I get!

I was talking with one of the guys yesterday about Halloween. He and his wife were preparing their little boy for his first Halloween.
Buying his little costume, planning the day for that afternoon’s festivities at their local church.

I began telling him of the Halloweens of the past when I was a kid. Growing up in a close knit neighborhood in southeast in the early 70’s. Almost every house was decorated and the front porch lights were on, a universal sign to come and get it!

Most of those houses are gone now because of the expansion of the airport runways. He couldn’t believe that those kinds of Halloweens really took place back then.

I told him of how we would all meet up after dark and roam the neighborhoods, without any parental supervision at all.
No flashlights, no reflective tape on our costumes, we knew not to be in the street when a car drove by, we would simply jump in the ditch or into someone’s front.

We knew exactly which houses we wanted to trick or treat first. We had been planning out our route for weeks. 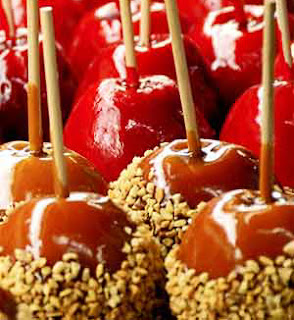 First house was Mrs. Morgan’s just down the street from our starting point, she always gave out caramel and candied apples.

She had only one son, Jerry…he was the same age as my older brothers and stood over six feet tall as a teenager. He and my brothers were to old at that time to trick or treat but they were not old enough not to catch us somewhere on our route that night to raid our goodie bags while they were out egging and TP’ing someone’s yard! 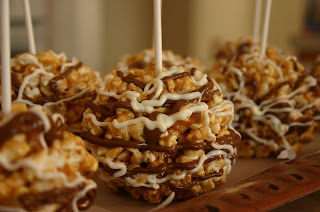 Then over to her next door neighbor’s, Mrs. Jones for the best popcorn balls, then across the street to Mrs. Davis’ house for the best cookies in the neighborhood.

She was born Germany and had married an American Air Force officer at the end of World War II, after he retired they moved back to the states. She spoke with a very thick accent and was always baking cakes and cookies for the kids.
When her husband passed away, my friends and I would take care of her yard, mowing the grass, trimming the hedges, cleaning the gutters or whatever needed to be done around the house.

Next was Mrs. Holland’s house, she always put together small gift bags at Halloween. You never knew from year to year what you might get, along with candy you could get a small toy or a yo-yo or any assortment of dime store trinkets.

Then it was on to the rest of the neighborhood…many times we would have to return home and get another bag because the first one would almost to the breaking point.
We never had any fancy trick or treat bag, our sack of choice were the standard heavy duty paper grocery bag. They were quite abit larger and thicker back then than the paper bags they use these days!

The last stop of the night would be Norton’s Market…Mr. Norton would give us all a candy bar right off the store shelf, I’m not talking about any “fun-size” bar but the real deal. A full-sized candy bar! It was awesome!

Well…those days are long gone now! Halloween has turned into a shadow it’s once great self.
Posted by PapaBoon at 7:48 AM