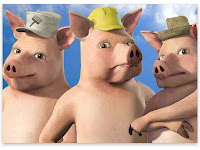 Even though I belong to this particular species of Homosapien, I’ve tried for decades to be an advocate for this group of so called sub-humans, that not all of us are total jerks, at least most of us from my generation or any other.

To be fair though, I can only relate to my own experiences from my own generation…the 70’s, which in and of itself I can’t compare to today’s time, again another blog for another time.

But just as my father could not possibly identify with me when I was a teenager and on into my 20’s. I really didn’t “get” what my Dad kept harping on me about until I reached my mid to late 20’s.

It is a scientific fact that the frontal lobe of the brain doesn’t fully develop in young males until they reach eighteen to twenty years of age. As my Dad often reminded me with his favorite pet name for myself and my older brothers…”Hey dumb-ass!”

But there are still a few underlying characteristics that can be present in every generation. In my humble opinion, the one I observe the most, which seems to elude younger males in their adolescence is a simple thing as common courtesy or manners.

I’m not saying that everyone has the ability or even the fortitude to be a perfect gentleman. Most young males find it easier just to not even try.

God knows I wasn’t much better at that age but at least when it came to my interaction with the opposite sex I had the common sense to treat women with respect, which my own mom beat into me at a very early age.

Did I say “beat”, well in those days you could discipline a kid without worrying about Child Protection Services paying you a visit, but that’s another blog for another time also.


The reason I’m stating this is my Moonbaby’s daughter (who I refer to as CollegeGirl) is a junior at MTSU this year and from listening to her struggles or should I say, her adventures in the attempt in the social activity of dating some of these yahoos…guys are pigs!

Without going into a long and drawn out thesis of the social, economic and psychological profiles of the average American male, there are “basically” four types of young males in our society.

Those are all just generalizations of course so I painting with broad stokes here! And yes, there are expectations to every rule!


First is the “popular/cute guy”, this male is at the top of the social pecking order.

A good-looking, clean-cut, well dressed kind of male with average intelligence but with a dry or juvenile sense of humor, if any at all. Most of these types are very shallow in the requirements for a date. They are looking for a certain body and facial type to be seen with out in public. Their skills in conversation barely exceed past the first five minutes of the date then it’s an effort for them to converse outside the topics of their cars, clothes or what “gay” chores their moms made them do that weekend.

Most females of the same social order are attracted to these types for the obvious reasons.

Second is the “sports nut guy” whose wardrobe consists of mainly team jerseys, sweats and a variety of tennis shoes or snickers. They can quote back to you every single score of every game from the last four weeks of a season but can’t remember what you talked about last night on the phone. Their physical condition ranges from a muscle-bound jock that spends more time at the gym than at work or home combined, to a beer guzzling pot belly tail-gater. War Eagle!!!


Third is the “douche-bag/jerk” the most common and most mass produced of the species. Probably the most shrewd and clever of all males. The guy who will tell the female exactly what she wants to hear.

He has the amazing ability to look her dead in the eye and bold faced lie to her without a second thought and sleep like a baby at night. They have only one thing on their mind and one thing only and then won’t call the next morning. Apparently they are spawned without a conscience or a soul.


Fourth on the list of course is the “nice guy”, the rarest of the breeds, generally referred by the phrase “Ah, we are just friends”!

Most of these types are reliable, honest and trustworthy. These are the guys who don’t fall into society’s definition of “good looking” but who are there we you need them for a shoulder to cry on or to help you move or who you call when your broke down on the side of the road and your Dad won’t answer the phone!


Well, there you have it…basically the speech, verbatim I gave to CollegeGirl. the other day. She was feeling abit down in the dumps about a stuff and Moonbaby and I always try to be there for her when she needs us. We know how tough it can be sometimes, trying to balance college, work and some kind of remnant of a personal life in this crazy world.

Been there, done that! Got the t-shirt!